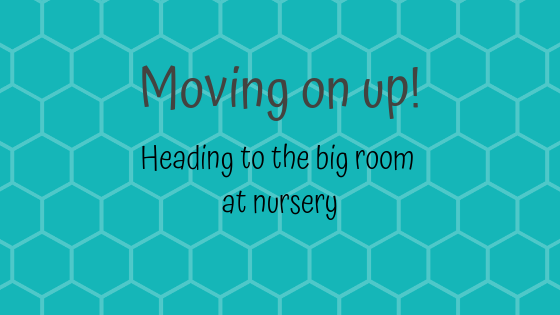 Just when we thought we were getting comfortable with routines and whatnot, we were told by the nursery that Travis is ready to move up to the “bigger” room. And I’m delighting and despairing at the same time.

“The big room” is the room babies move on to once the nursery are happy that they have become confident toddlers and think they will enjoy the challenge of new games, learning and experiences. The room hosts kids roughly from around 18 months to three years old. Obviously every child is different, so some may move shortly after their first birthday if they are confident walkers, in a good routine, or seem to be getting bored in the baby room, whilst others might be nearer two before they make that step.

I am of course delighted that my little munchkin is ready for this next chapter. At 16 months, I feel like he’s definitely progressed from the eight month old he was when he first started, and has come on so much even since his first birthday in October. Plus he’s been wearing clothes for 2-3 year-olds since the start of the year!

So in a way I wasn’t surprised by this announcement from the nursery, but it was still a bit daunting. I was only just coming to terms with the fact that my boy is no longer a baby, but a toddler, and now I have to prepare for him playing and learning with kids double his age! 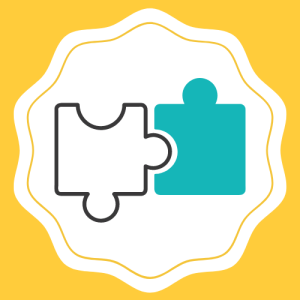 One thing a new room promises, is a new environment to explore. The nursery have informed us that Travis will make visits to the new room during his regular nursery sessions, to give him a taster of what goes on in the room, and to get used to this new environment. Hopefully this will minimise the shock and confusion once he moves over there permanently.

I’m confident that he will love this room, as there are not only new toys and new nursery teachers, it’s also a big step away from more of the “baby” items and routines of the old room. For instance, there are little tables and chairs for having breakfast and lunch, rather than the high chairs of the baby room, and instead of cots/cribs for naps, everyone has their own mat and blanket.

In terms of fun, there are more advanced toys to explore, and an outdoor garden area specific to that room, which I’m sure will get much more use as the months go on. 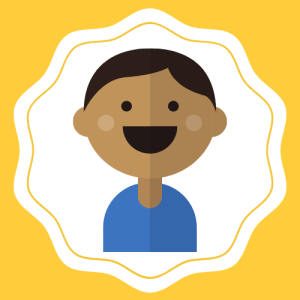 Within the bigger room, I think Travis will have more independence, as there’s a lot less one-on-one attention from nursery teachers. I’m hoping this will give him the confidence to explore and play on his own, but also to make friends, share and play with other kids. I’m also hoping that he’ll make the transition from high chair to small table and chair quite smoothly! 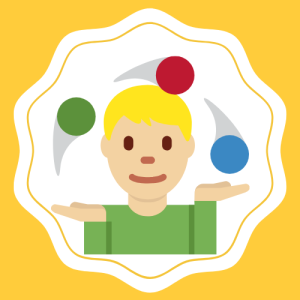 When he moves up, Travis will be one of the younger ones in the room (despite probably being one of the tallest!), so I would like to think he would start to pick things up quite quickly from some of the older toddlers. Maybe his speech will come on by listening to other kids attempt sentences, and maybe he will get better with cutlery (he’s a very hands-on eater!) by watching kids his own size, and maybe he’ll pick up a million things that I’ll probably immediately wish he hadn’t, as it takes him another step further from being my tiny little baby!

This site uses Akismet to reduce spam. Learn how your comment data is processed.